Almost buried in a recent Desert Sun story about The City of Palm Desert unveiling their new ridiculously overpriced benches for El Paseo was an odd observation from Management Analyst Deborah Schwartz, who gets paid your tax dollars to conduct rather odd experiments:

During the selection process, Schwartz even took a sample of the bench material, dumped all kinds of food and drink on it, and let it bake in the sun for two weeks before public works crews hosed it off to make sure it would pressure-wash well.

She also learned other things, such as “Hershey’s Kisses don’t melt in the sun. It’s kind of creepy.”

What?!?  Is it true that chocolate pieces do not melt in the scorching desert heat?   I decided to not use taxpayer dollars to put that theory to a test and find out: Do Hershey’s Kisses Melt in the Sun?

First I headed to The 99 Cent Only Store (hey, Cactus Hugs is a bare bones start up) to grab some Hershey’s Kisses.  Unfortunately, they did not carry them.  So I we went next door and obliterated The Cactus Hugs discretionary budget for July by doling out $4 for a bag which had the 3 Kisses I would need for the experiment and 150 additional Kisses I would not need (for the experiment or my waistline).

I set up a table in the sun and placed a stone on top of it.  On top of that, 3 Hershey’s Kisses were placed:

The outdoor temperature was already 99 degrees outside according to my iPhone’s Weather Channel App (I know, not exactly scientific – but YOLO) and already the Kisses were melting onto my hand while I unwrapped them. And with that, the 3 chocolate pieces were left to possibly melt in the sun. 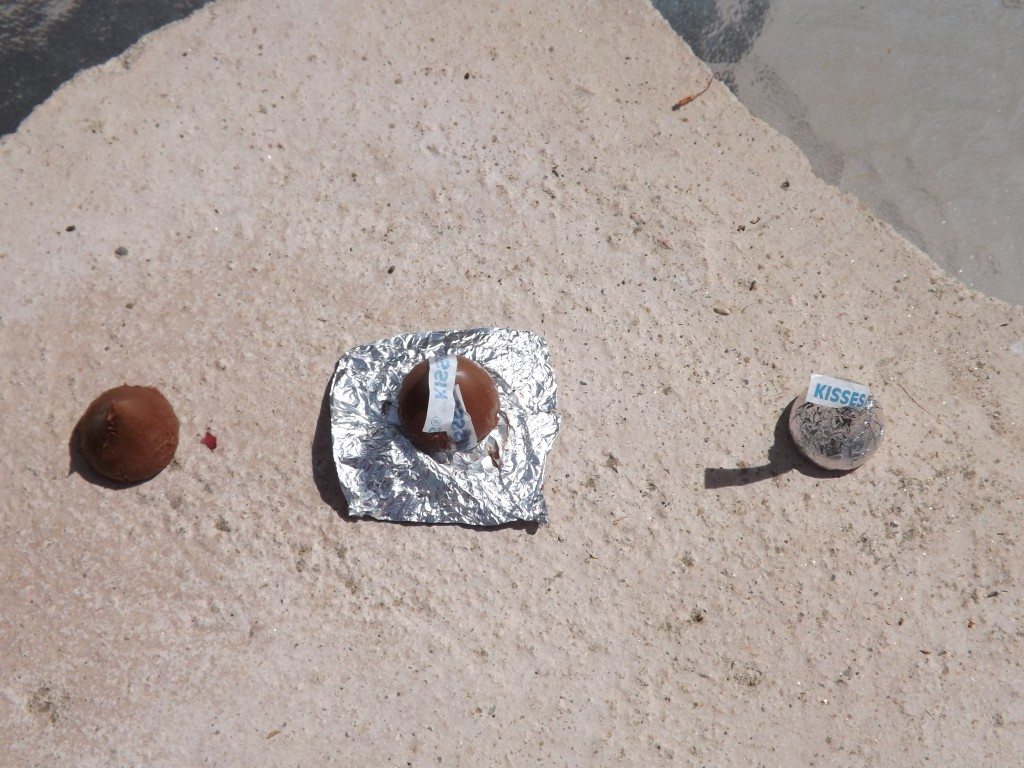 The Temperature has climbed to 106 degrees and the sun is beating down on the chocolate pieces.  The two exposed pieces are now showing a “glistening” look: All 3 pieces are still in their original form and this experiment is starting to smell delicious.

It is now a not-so-comfortable 108 degrees and the smell of melted chocolate is quite pungent, but the Hershey’s Kisses remain unchanged. The temperature is still 108 degrees and the Hershey’s Kisses look just like they did 4 hours ago. 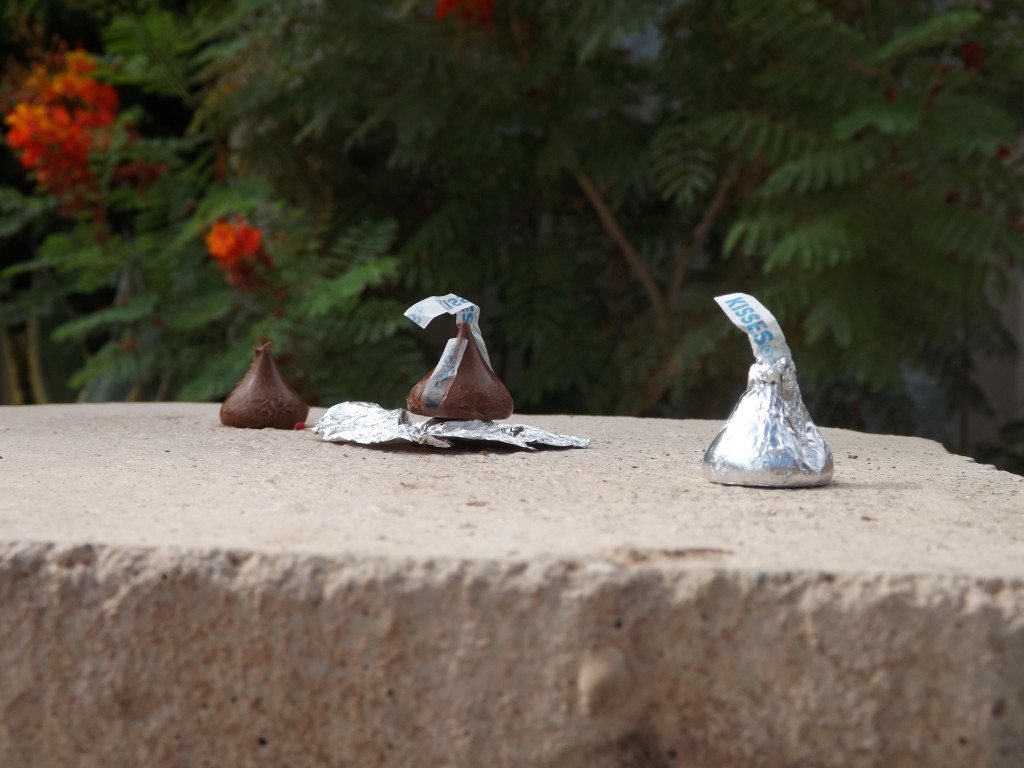 But, while the exposed chocolates are retaining their form – something else has happened with the wrapped Hershey’s Kiss: 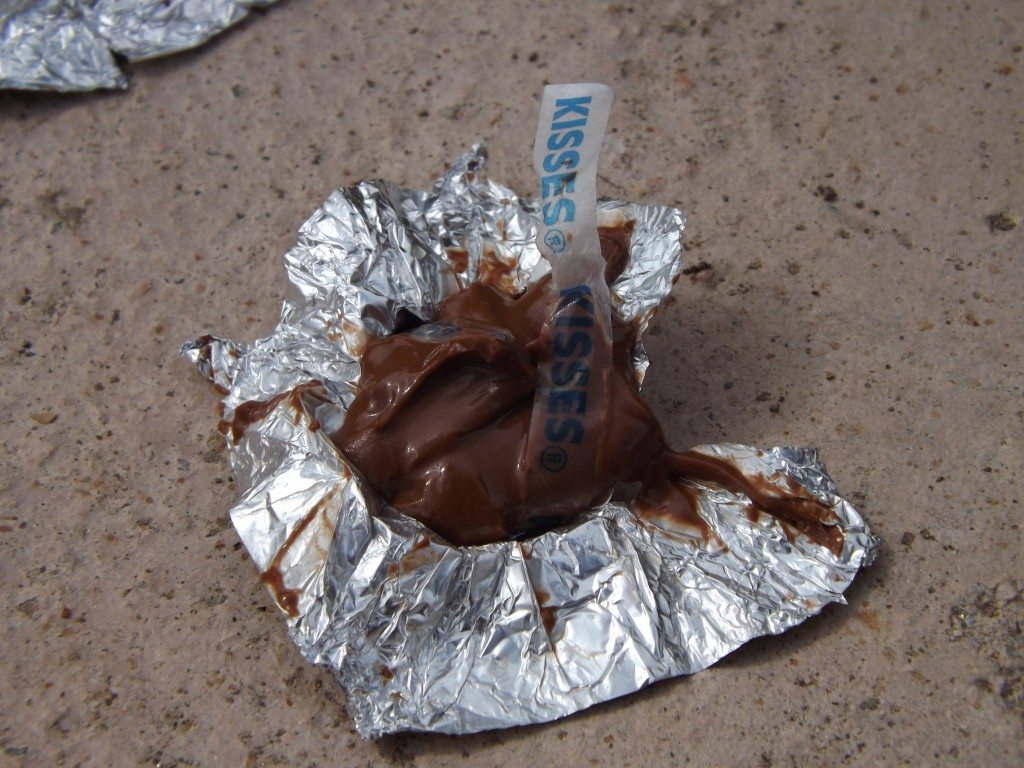 It has melted!  And as for the exposed chocolate: Either I am super strong, or the chocolate has softened quite a bit.

Hershey’s Kisses in wrappers melt in the hot sun – while those out of the wrapper end up doing like a half-melt kind of a thing  – and yes, I am pretty sure that is a scientific term. Also, I have a 12 ounce bag full of Hershey’s Kisses I do not need.

(all images by Kristen Kelly)