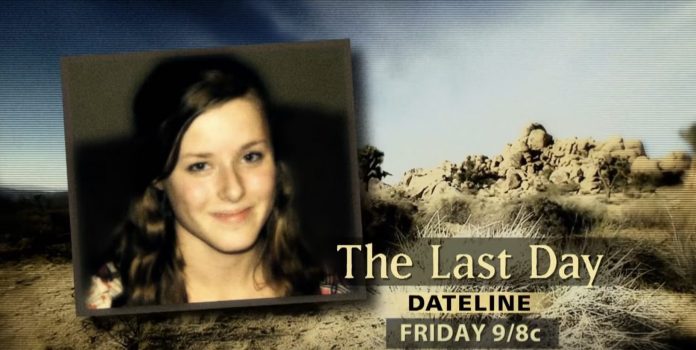 NBC’s Dateline will profile the disappearance and murder of Erin Corwin tomorrow night.

The episode, titled, “The Last Day,” will feature San Bernardino County Sheriff’s detectives relaying how the events happened and share how they solved the case. It will also feature details about Corwin’s life and an interview with her husband.

Here’s a preview of the show which will air at 9pm:

Tortoise Rock Casino announces Live at the Rock lineup for 2016