Home Weather Weather Videos: So Cal roads swallow up a fire truck and a couple... 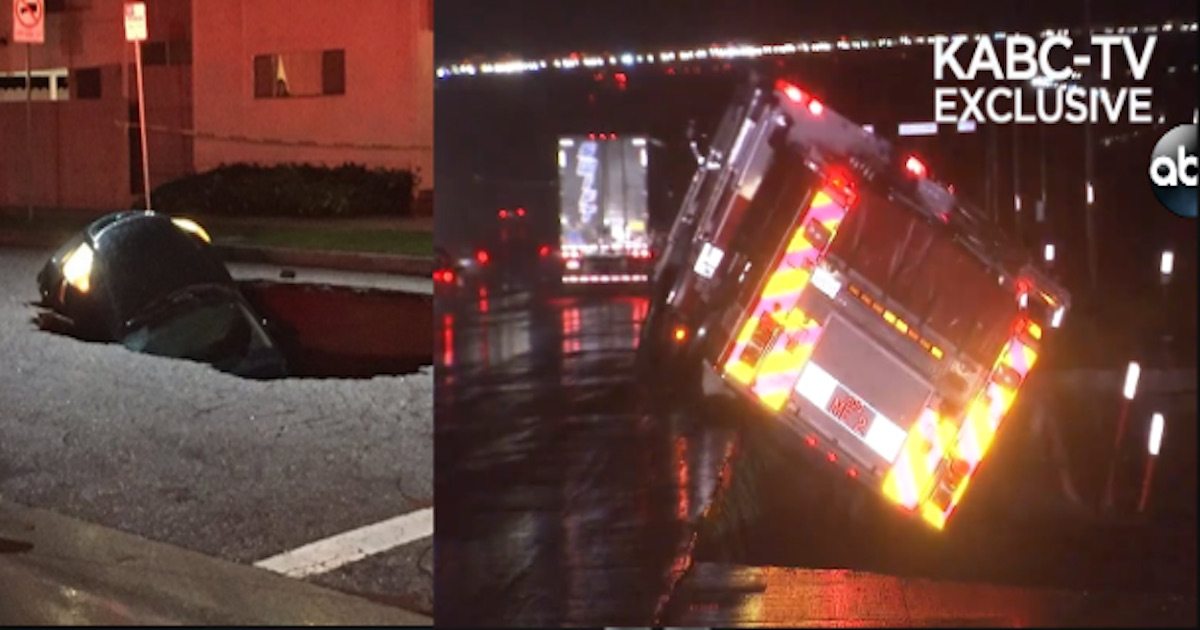 Southern California has been getting pounded with rain. Friday, that rain led to a firetrucks and a couple of cars getting swallowed up by the earth.

A fire truck went over the side of the 15 freeway in the Cajon Pass when the rain-soaked roadway gave out.

Luckily, no one was hurt.

CajonPass(Update): All firefighters confirmed safe. The lane under the fire engine has failed, and the engine has gone over the side.

Meanwhile, in Studio City, two cars ended up in a 20-foot sinkhole.

Firefighters rescued a woman from the sinkhole by lowering a ladder down to her.