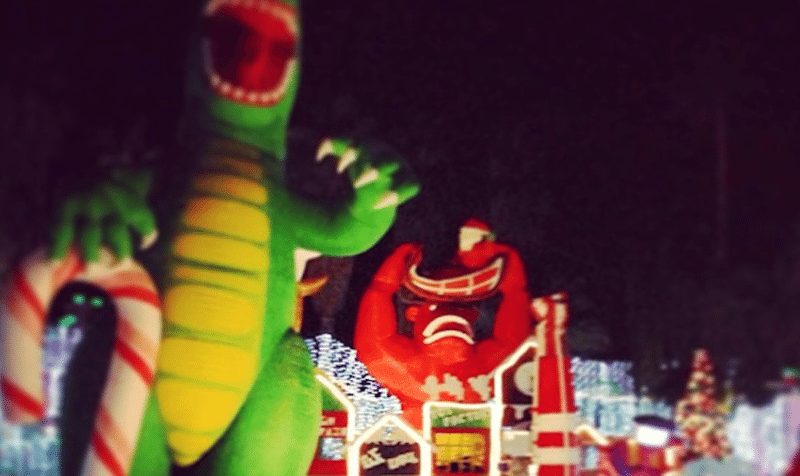 UPDATE: Robolights is back on!

Artist Kenny Irwin has announced that the Robolights Holiday light, robot, alien, and other oddities display will not be open to the public this year.

There will be no ROBOLIGHTS annual Art & Light display during the holiday period this year. As of a month ago my dad had informed me there would be no way on earth to do ROBOLIGHTS 2015 due to no funding and the ongoing challenge that ROBOLIGHTS has always lacked which is official sponsorship as a sanctioned annual benefit to the area after all these decades despite it’s immense support it’s received by countless people whom have enjoyed it theses many past decades.

Robolights, a creation of local artist (and iPhone 6 destroyer) Kenny Irwin, was a Coachella Valley tradition for over 20 years (even catching the attention of Conan O’Brien), but was shut down for a few years in 2008 because of neighbor complaints (What?  People in Palm Springs complaining?).

The display returned, only to have thieves steal over a million lights from the property. That forced Robolights to take a year off before returning last year only to now be cancelled just one year later.

And while it sucks to lose the annual tradition, at least there is always Candy Cane Lane and their, ummm, creative decorations.