Pieology quickly fire an employee and apologized after a police officer was given a receipt that said, Fuck the Cops” on it.

The officer was grabbing lunch at the pizza chain’s Torrance location on PCH and even left the staff for the woman who helped him before being handed his receipt, which was later posted to social media by a friend of the officer’s wife.

@pieology My sister's friend whose husband is a police officer received this when he grabbed lunch. May need to do some retraining… pic.twitter.com/V2FMYGLD5Q

Pieology was quick to respond to the tweet, noting that the staff member, a woman who had apparently been logged in under another co-workers name, had been fired:

This is extremely disappointing to hear and we apologize for this upsetting situation. (1/3)

Please know we have taken swift and serious action by immediately terminating this employee. (2/3)

The officer declined to comment about the employee, and a spokesman for the police department told the Press Enterprise the officer didn’t have time to confront the staff.

“He wanted to say something. He wanted to go up to the young lady who actually wrote this,”Sgt. Ronald Harris, a Torrance Police Department spokesman. “He wasn’t angry, but he was so pressed for time.”

Harris also said the officer was not mad, just curious why the employee felt the need to do something like that.

“He feels very sorry for this individual and wonders what bad experience she had with law enforcement to do something like that,” Harris said. No, Palm Springs Police will not demand you buy gift cards in exchange for not being arrested for missing jury duty Why aren’t these guys ever around when my car breaks down? The Cathedral City Police Department is here for the speed jokes 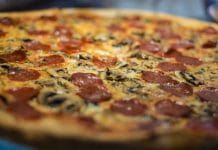