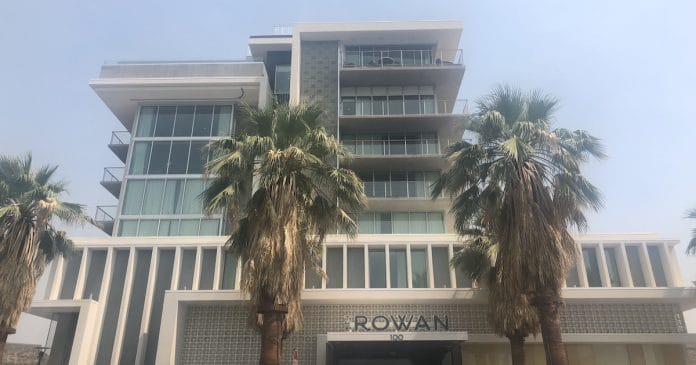 According to the Desert Sun, the city of Palm Springs could potentially strike another terrible deal with the shady development company that it keeps striking terrible deals with.

Grit Development, which changed its name from Wessman Holdings shortly after all those bribery charges came rolling in, would give the city some land a new library in return for the city settling its potential Government Code Section 1090 claims.

If approved, the settlement would include the transfer of 73 acres west of Highway 111 from Grit to the city and construction of a new library adjacent to Belardo Road in exchange for the city settling its potential Government Code Section 1090 claims of conflicts of interest, according to the city.

The city has preserved its rights under Section 1090 to potentially “claw back” millions against Palm Springs Promenade and Grit relating to funds it formerly paid to Wessman and other downtown projects.

Any contract in violation of the Section 1090, which states government officials cannot be financially interested in contracts made by them, is void, according to the city.

The deal, which would also include the site of the proposed “Boulders” development and the reimbursement of over $5 million the city paid for the future home of the downtown park, would allow Grit to secure more financing and would mean the Rowan Hotel could continue getting a gigantic 75% transient occupancy tax rebate for the next 28 years (!), according to the paper.  The estimated value of that rebate is $36 million.

The value of the land and library is $30 million – which, I am no math wiz here, is $6 million less than $36 million.  Oh, and that doesn’t even take into account the $46 million of taxpayer money the city dedicated to the construction of the development.

What a well run city.