Just a season and a half after moving from San Diego to Los Angeles, NFL owners are concerned about the lack of revenue and fan support for the team.

The story comes from the NFL owners meetings, taking place in New York this week – where ESPN reports that the Chargers situation has been a talking point of multiple owners.

Sources told ESPN’s Seth Wickersham that the viability of the Chargers in Los Angeles was a topic of discussion at the owners meetings here Tuesday and Wednesday. Multiple owners, who requested anonymity, said Wednesday that the topic was not brought up formally in the meetings but that there has been a lot of discussion on the side about the extent to which the Chargers are struggling to build a fan base in Los Angeles.

The Chargers are currently playing in the StubHub Center in Carson, California. The venue seats about 30,000 people, which makes it about half as big as even the smallest NFL stadiums. Their plan is to move into the new stadium the Rams are building in Inglewood in 2020 and to function as a sort of “tenant” of the Rams rather than an equal partner in the venture.

Sources told Wickersham, however, that the Chargers are expected to revise their initial Inglewood revenue goal from $400 million down to $150 million.

And while it’s true that the Chargers are having a hard time filling their tiny stadium, the good news is that when they move into the new stadium, tickets will be priced between only $50 to $90 a piece.

The low ticket prices from the Chargers in the new Carson Stadium, slated to be finished in 2020, are far less than the average price of tickets around the NFL of $239 and far less than what the Rams will be charging for tickets in the same stadium – assuming the Chargers are even still in LA two years from now. 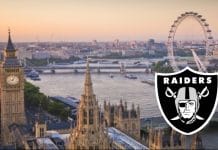 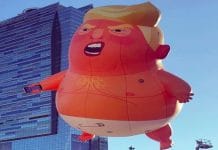