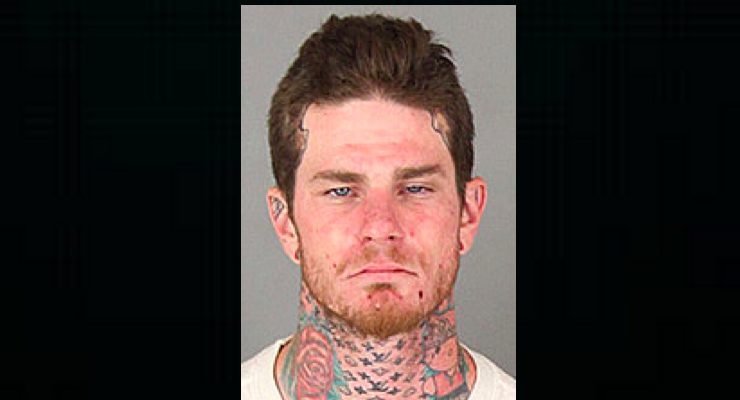 A Lake Elsinore man, who seems to be easily identifiable due to his Hello Kitty neck tattoo, was arrested in Temecula last week for charges related to identity theft.

Bertino was arrested along with 29-year-old Ashley Lawrence, who was with him, for investigation of committing a felony while on bail, possessing stolen property, identity theft, and drug possession.

The two were previously arrested on February 16 in Corona when cops say they found stolen credit cards, social security cards, altered checks, Amazon packages, and filed containing information on many people in their car.