Home Entertainment Movies My daughter demanded I watch ‘The Little Prince’ because she picks better... I’m going to take a break from my usual snarkastictcally motivated diatribes, and dive into something a little more, oh gosh, what’s the word I’m looking for? Sincere? From the heart? Let’s just go with “different”.

But, Mari, this has nothing to do with food…or beer…or food!

My daughter (7 at the time, 9 years old now) was sitting in the kitchen one night and she was crying while watching something on her iPad. I was outside and just sort of observed her for a while. She was happy, with the biggest smile, but she had these huge tears streaming down her little face. I went inside and asked what was going on, she explained that she was watching the trailer for The Little Prince. She had already seen the movie with her dad, but just wanted to watch the trailer. On repeat. Tears streaming down her face each time she watched it. “The music is just so beautiful, I love it so much,” is what she said.

Now, the thing about this child (skip to the next paragraph if you don’t want to hear a my-kid-did-this story from a stranger) is that she has always been very in tuned (pun intended) with music. Even as a toddler, she would be in her car seat and certain songs would come on and she would just cry. A song she’s never heard, but something about the composition or singer’s voice would just affect her. She couldn’t even talk yet, but here she was, a tiny body full of feelings that were clamoring for a way to get out.

Kids are such strange little creatures. They are new to this planet, view it so differently than we do, and aren’t afraid to FEEL. Elated or devastated, you’re going to see a wide range of the emotional spectrum when you’re in the presence of a child. Sometimes it’s involuntary, sometimes it’s VERY voluntary, but every single time it’s 100% human.

When we grow up we learn quickly to hide these feelings. In the workplace, at home, online. If you’re having a bad day it’s not normal to go up to a coworker and just cry it out. You go to the restroom like the grown ass person you are, and you cry, as quietly as you can (what if someone heard you!?), until you’re not red and blotchy anymore. Then you handle business as usual, because everything is fine. The restroom at work, the therapist’s office, our cars with sad music blasting, safe little havens where it’s ok to emote.

There was a day last week, when I wasn’t quite as chipper as I normally am. A few coworkers commented on it, but only one person stopped me in my tracks and wanted to talk about what was going on. I was upset, and as soon as I got choked up, I left the conversation because I didn’t want this person to see me sad.

Pressure. Perception. It’s stressful being an adult. Sometimes we need a break to enjoy the world around us. To live a little bit. More than a little, really.

We lose our sense of wonder. When was the last time you just took off with no official plans, no actual destination, but just left for the sake of leaving? It’s rare, right? Work, school, kids, bills, pets, social media expectations, familial obligations. It’s all so much sometimes. But sadly it is our reality. I feel like, along with the loss of wonder, that in the process of growing up, we lose a little part of ourselves.

And if you’re still with me, thank you. I promise this is going somewhere.

Back to the kitchen with my daughter…

Curious, I put on the headphones and within the first few seconds, I was now in tears. The trailer was beautiful, so I could only imagine what the movie would be like.

I didn’t actually sit down and watch it until maybe a month after that night. I promised that I would watch it, but kept putting it off because she told me I would cry. That the movie was sad. It’s like when a friend offers you something to try and follows it up with, “try this, it’s gross”.

So I eventually watched it. I was home alone one night, popped some popcorn, and just gave it the time I promised I would.

I was blown away. From the first second of the movie to the last second, it immediately became one of my favorite movies of all time. Not because it was the next big blockbuster, but because of how incredibly BEAUTIFUL it was. If you haven’t watched it, don’t worry, I won’t actually say much about the story.

When I’ve mentioned this film to people, they usually ask, “isn’t it a kid movie?” It’s animated and two of the main characters are children, but I’d say it’s actually more for grown ups. A grown up will take more away from it than a child. I can guarantee that.

You need to see the movie to truly understand where I’m going. It’s my homework to you. My daughter sees a completely different movie than I do, and you’ll probably see a different version of it, too. As an adult, I think it will make you stop and think. It did for me. There’s a reason that this story has been loved for decades and decades.

So much of our already limited time is spent worrying about how we are perceived by others, when we should be focusing on perceiving the world around us in a different light. Live a little, laugh a lot, but most important, love. Focus on what is important: the people and experiences in your life that make it worth living to the fullest.

The Little Prince can be viewed on Netflix. Find someone to cuddle with, turn off your phone, and just enjoy the adventure.

Explore the stars, draw a sheep, befriend a fox, and find your rose. Jason Momoa made a stop into the Coachella Valley Warner Bros. is looking for extras for a movie being shot in the Coachella Valley 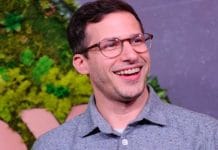