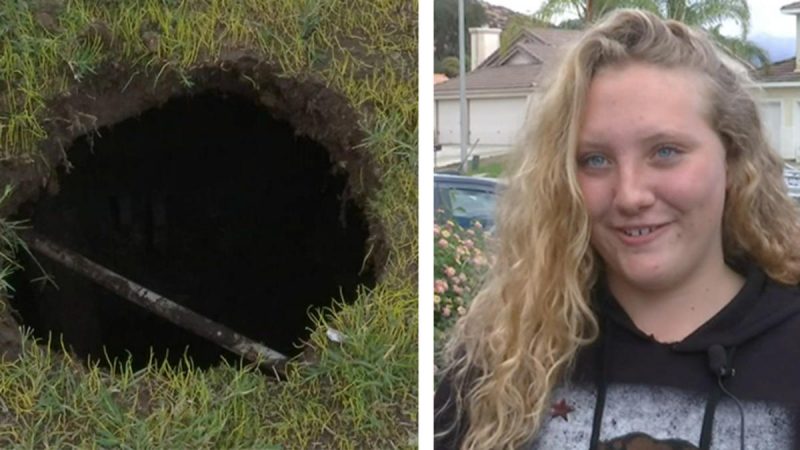 A 13-year-old had to fight her way out of a sinkhole that opened up beneath her feet in the front yard of her Lake Elsinore home on Monday.

“All of a sudden I just fell down,” Macayla Wittman told NBC 4.

Macayla was walking in her front yard when the ground just gave way. She told the TV station she grabbed the edge of the sinkhole and was able to climb out.

“It was terrifying. I was really scared because I could have died,” she said.

The incident was captured on surveillance video (below) and the family believes the hole may be the result of a septic system that the original builder installed in the 1980s.

They have covered the hole with plywood, but bigger problems may be on the way as it appears their yard is also starting to sink.