The Kardashian family spent time in a local hospital after Kim Kardashian and Kanye West‘s 3-year-old son, Saint, was rushed to the emergency room while they were in the Palm Springs area.

The incident happened “a week ago or so’ Jenner told Refinery29.

“My little grandson, we discovered he might be allergic to grass,” Jenner said. “We ended up in the E.R.”

Jenner did not disclose which Valley hospital they sought care at but did add that Saint is doing okay, saying “All is well — we figured it out.”

Jenner purchased a mansion inside the Madison Club in La Quinta last year. Members of the Kardashian family were in the desert last week for Kanye West’s Sunday Service performance at Coachella. 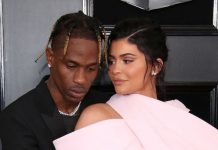 Kanye paid over $9,000 to use CV High’s facilities to rehearse his Coachella Sunday Service Kanye’s Coachella Sunday Service | Here’s what it was like Can Kanye West use your guest room to rehearse for Coachella? Kim Kardashian and Kanye West are in negotiations on a Madison Club mansion, says TMZ So Coachella is making Kanye a ‘church’ made out of shipping containers?