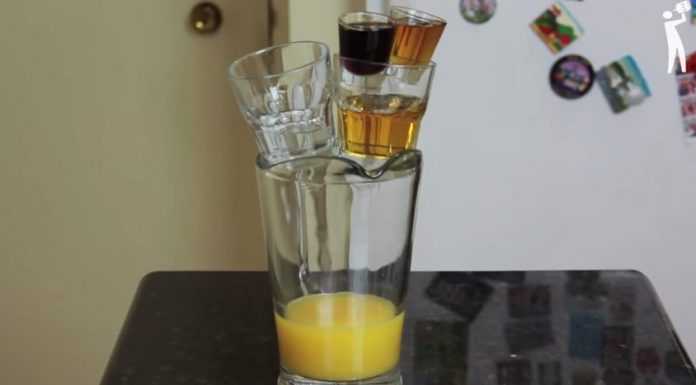 The Inception Bomb is described as being just like the movie – except you substitute copious amounts of liquor in place of dreams. The drink, errr drinks, is a shot, within a shot, within a shot. The first shot can be any liquor you want. The two remaining shots must be bombs.

The recipe from Tipsy Bartender in the video below:

And like Inception the movie, there is a very good chance you will never wake up after this drink: