While one man contributing more money than most people make in a year into the political campaign for a single candidate running for Riverside County sheriff may not seem like the purest form of democracy, it’s where we are now.

Harold Matzne donated $100,000 to Stan Sniff’s reelection campaign last week(which, by the way, is twice the price of naming a baby giraffe), as noted by the Desert Sun’s Sam Metz:

And while going up against a candidate with some rich fella in his pocket willing to throw down what would be a third of your mortgage might seem like a big obstacle for the candidate running against Sniff, Chad Bianco, it should be noted that Ginny Foat lost the Palm Springs mayors race even after Matzner threw gobs of money at her campaign. Local rich man pays $50,000 to name baby giraffe after himself 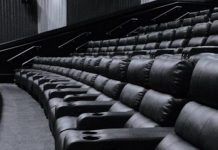 One Man Has Donated a Whopping $176,000 to 4 Palm Springs Council Candidates