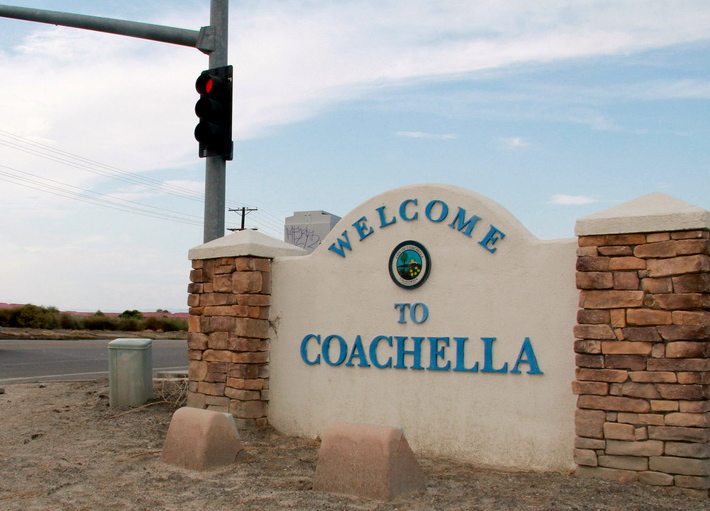 Coachella is now a word that is known all over the world. But what does the word Coachella even mean?  Does it translate to something awesome from another language?  Is it the name of some ancient person or god?  Surely there must be something cool about the Coachella meaning, right?  Well, turns out, you should actually be attending the Conchilla Music Festival – but, since your not, here’s how Coachella got its name.

You see, Jason L. Rector was the first man to call what is currently the city of Coachella home. Rector, according to the city’s website, established a mesquite wood terminal on a Southern Pacific Railroad siding from where lumber was hauled to market in Los Angeles. This spur or siding was called “Woodspur.”

So, in the first few years of its existence, everyone called the town Woodspur – which, come to think of it, Woodspur would’ve made for a great name for the Stagecoach Music Festival which takes place the weekend after the Coachella Valley Music and Arts Festival – but that’s a post for another day.

After Rector dug a well at what is now the intersection of Grapefruit Avenue and Fifth Street, he laid out a plan for the town and a new name. Some suggested he call the town Rector, but he declined and suggested “Conchilla” – from the Spanish meaning of little shells, or “Land of the Little Shells” – because of all of the small white snail shells found in the area from a lake that was there 3,000 years prior.

When the name Conchilla was sent to printers in a prospectus announcing the new town to the world, the printers misread it as “Coachella” – seeing the “n” for an “a” and the “i” for an “e”.

Rather than fixing the mistake, Rector decided to just keep the name Coachella – so yes, the Coachella meaning is no meaning at all, it’s just a typo.

Coachella officially became a city in 1946.  The Coachella Valley Music and Arts Festival followed that – albeit 53 years later…and in Indio, not the city of Coachella.