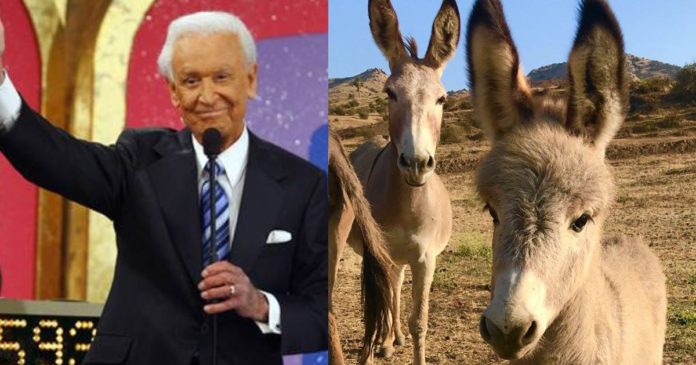 Former Price is Right host Bob Barker has purchased a large plot of land in the Inland Empire and will convert it into a sanctuary for the area’s wild burros.

Burros have been roaming the area for more than 70 years, but recent years have seen more threats to the animals in the form of development, traffic, off-roaders (which is illegal in the area), and people shooting guns.

“There’s shooting over there, bullets all over the place,” Wendy Petrunio, a volunteer at the non-profit Donkeyland, told ABC 7. “There’s off-roading, which is illegal.”

Enter Barker, who purchased the land for an undisclosed amount of money. The land will now be surveyed and cleaned for the wild donkeys.

“Well, I think donkeys are just about as cute as they come,” Barker told the tv station. “I grew up on an Indian reservation in South Dakota, and saw animals of all kinds. I never met a donkey I didn’t like.”

According tot the Press Enterprise, the area will now be known as the Bob Barker Wild Burro Preserve.