The lineup for the second annual Arroyo Seco Weekend festival in Pasadena was announced Thursday and, wow, what a lineup.

Headliners include Robert Plant, Neil Young, Jack White, and Kings of Leon for the two day festival held next to the Rose Bowl in Pasadena. The festival, which got off to a successful start last year, is produced by Goldenvoice who also produces Coachella and Stagecoach. 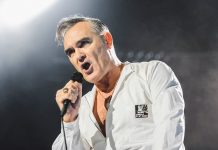 Goldenvoice’s Arroyo Seco Weekend ‘taking a year off’ in 2019 The Cure to headline and curate Goldenvoice’s Pasadena Daydream Festival Arroyo Seco Weekend 2019 | Dates and info for the Pasadena festival