The following is brought to you by Stuft Pizza Bar and Grill.

There are very, very few things better than enjoying a cold, tasty beer on a bright, sun-filled day in the Greater Palm Springs Area – and, when it comes to offering up what craft beer lovers enjoy, Stuft Pizza Bar and Grill is doing it right for a variety of reasons.

Plenty of Options at a Great Price

Stuft Pizza always has plenty of great beers on draft. Whether you are looking for a Bud Light or a Stella or you prefer import or craft beer options like Kilkenny, 805, or Stone IPA, Stuft Pizza always has them on tap and for only five to six bucks for a pint and just a bit more for a giant mug (and it’s just three bucks a pint during their amazing Happy Hour!).

Stuft also supports local breweries and has La Quinta Brewing Company’s Even Par IPA and Coachella Valley Brewing’s Monumentous IPA, both of which are on draft everyday at Stuft. In addition to their draft offerings, Stuft also has a nice selection of bottles including Guinness, Negra Modelo, and gluten-free Ommission Pale Ale, plus many more on hand for you at the bar or in the restaurant. For those looking for something a little more special, Stuft offers up limited-availability bombers including Firestone’s Anniversary Ale, La Quinta Brewing’s Bourbon Barrel Aged Koffi Porter, Goose Island’s Bourbon County Stout, and North Coast Brewing Brother’s Thelonious Belgian Style Abbey Ale. Just ask your bartender or server what they have in stock, then enjoy a delicious beer with friends or solo while you’re watching the game on one of their dozens of televisions.

At least once a month, Stuft Pizza teams up with a Southern California brewery for tap takeover – offering beer lovers a chance to enjoy brews not normally found at tap at local area bars or restaurants.  Recent takeovers have included Refuge, Lagunitas, and Coachella Valley Brewing. You’re going to want some food to go along with those brews, and Stuft Pizza has plenty of it.  Pizzas, sandwiches, salads, entrees, appetizers, and more.  Whether you are looking for a Happy Hour Snack or a large pizza and some appetizers to split with the family on the weekend, Stuft has you covered. 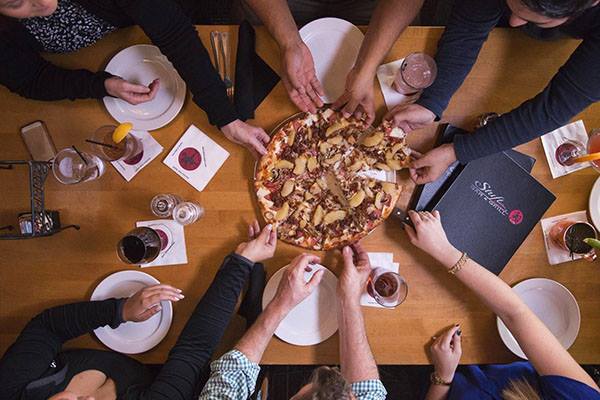 There are two Stuft Pizza Bar and Grill locations in the Coachella Valley:

Get all the info you need on Stuft Pizza Bar and Grill here. 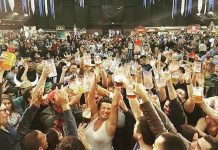